Air Barriers and Vapor Retarders: The Current Conundrum in the Roofing Industry

The roofing industry continues to discuss vapor retarders but should be discussing air barriers.

One of the primary purposes of a building envelope is to keep moisture out of a building. What makes this difficult is that water comes in many forms and can take many paths into a building. Therefore, building designers need to account for bulk water, capillary water, air-transported moisture, and water vapor, and deal with each of these with different forms of defense.

Water in its many forms 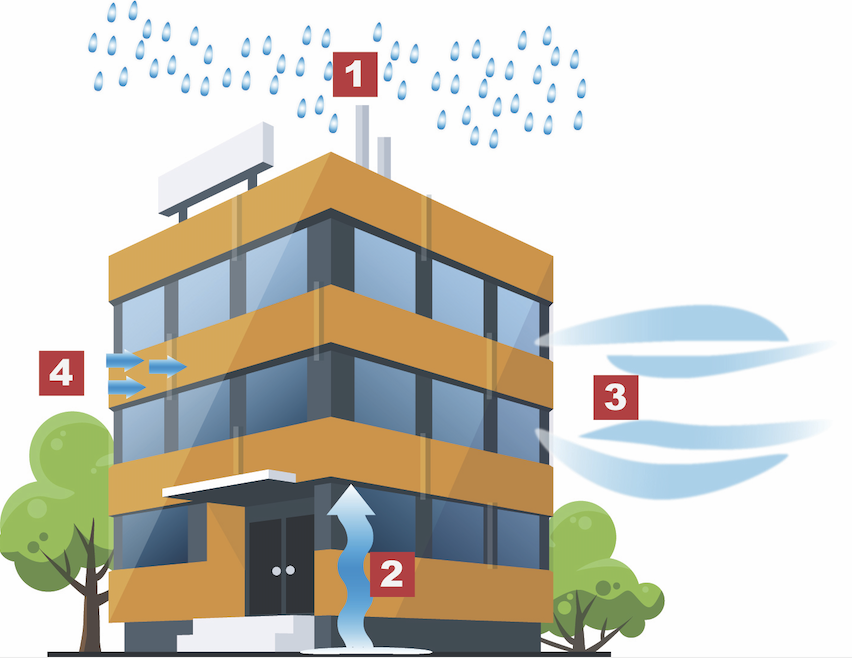 There is an order of priority for the prevention of water intrusion. Bulk water is most critical, capillary water is second, then air-transported water, and finally, of least concern-although still important-is vapor diffusion.

You may be wondering why air-transported water is a bigger issue than vapor diffusion. Indeed, the roofing industry has discussed vapor retarders for decades, but only recently focused on air barriers. But "back in the day," multi-ply asphalt-based vapor retarders that were installed above the roof deck and below the insulation were also acting as very effective air barriers.

There is one simple rule that defines how heat, air, and moisture move-the 2nd law of thermodynamics. That sounds like a mouthful, so let's distill it. What it means in terms of building and roofing science is this:

Heat, moisture, and pressure always equalize when possible (i.e. if paths are available to do so). That's why there is a drive for warm, moist air to leave a building during winter when it's cold and dry outside. 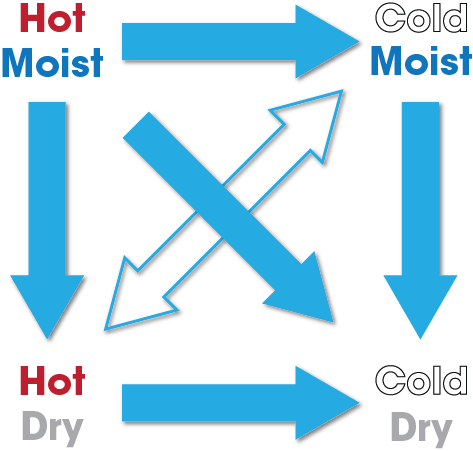 For roof systems, the 2nd law of thermodynamics helps explain why-during the cold winter months-warm, moist interior air (e.g., 75F, 50% RH) infiltrates up into a roof system that doesn't have a vapor retarder/air barrier in the system. The warm, moist air equalizes to the exterior where the air is cooler and drier. There can be other reasons why this happens, like the stack effect, wind and associated membrane billowing, and internal pressurization from mechanical systems. So let's discuss those, too.

The stack effect, in laymen's terms, is the fact that warm air rises. In a tall narrow column, such as a skyscraper, this effect can be very pronounced. When warm air rises, it creates a higher pressure in the upper interior portion of a building. That increase in pressure also means the warm, moist air will escape through any pathways that are available. It will escape 'into' the roof or any air passage that goes to the exterior. (That's why air barriers are now an energy code requirement for new construction. More on that in a bit.)

Membrane billowing occurs when wind creates a negative pressure above a roof system and lifts the membrane between the rows of fasteners in the seams. A billowing membrane brings interior air into the roof system regardless of temperature or moisture levels.

Air conditioning and heating equipment force air through ductwork and into the interior of a building. By forcing conditioned air into a space, the space can become somewhat pressurized. Not to a great extent, but enough to create an imbalance between the interior and the exterior, forcing interior air into the roof system. 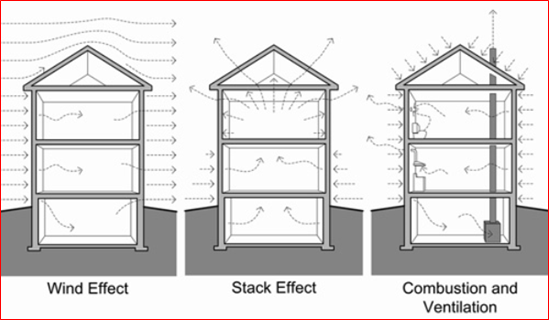 A less desirable scenario for air and moisture infiltration into a properly installed roof assembly is to use a mechanically attached (MA) system with a single layer of insulation without a vapor retarder/air barrier (VR/AB). The MA system billows; the lack of VR/AB allows warm moist air to enter the roof system; and the board joints allow a direct path for air flow from the deck to the membrane.

Figure 4: A less desirable roof-design scenario for air and moisture infiltration into a roof assembly.

A more desirable scenario is an adhered roof system with multiple layers of insulation (with board joints offset and staggered) over a VR/AB. This system helps lower the risk of these detrimental processes from occurring. The end result can be a roof system with better longevity and thermal performance, and a building with improved energy efficiency. (Of course, actual energy savings may vary based on a number of factors, like climate zone, utility rates, etc.)

Figure 5: A roof design that improves longevity and thermal performance. 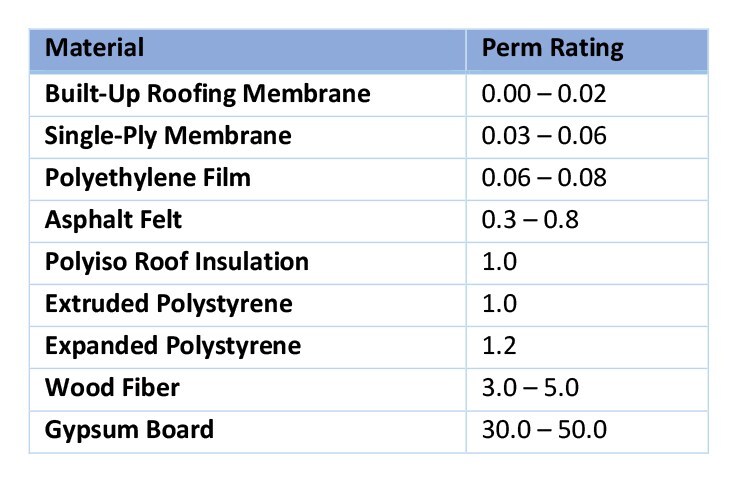 From a designer's perspective, if a vapor retarder is needed, which class should be used? If a Class I vapor retarder is used, the concern is that any moisture (e.g., construction moisture due to installation methods, weather, etc.) that enters a roof system won't be able to dry out. It's often a good idea to select a vapor retarder that will allow some amount of drying from diffusion. Exceptions to this idea include roofs over indoor swimming pools and other high-humidity producing activities or processes. Another exception is a Class I vapor retarder should be installed over a new concrete deck to prevent the moisture in the concrete from drying into the roof system.

The traditional way of designing roofs with vapor retarders is to install an asphaltic vapor retarder (a single layer modified sheet or a double mopping of asphalt) either directly to the deck or over a fastened hardboard. What if that hardboard or plywood deck was recognized to be the air barrier layer, but had a moderate or high perm rating? Since air movement brings 10-100 times more moisture as compared to diffusion, perhaps we should be considering the use of a Class II or III vapor retarder (e.g., hardboard or plywood deck) installed to be an effective air barrier that also allows some drying potential? The wall industry has been doing this for quite some time. Should our roof systems be designed similarly? A gypsum-fiber board has a perm rating of approximately 24 to 30 perms, depending on thickness. If this board is fastened to a steel deck and the joints and transitions are taped, it could be an effective air barrier that allows some drying. Something for roof designers to consider!

Roof system design is always the responsibility of the designer, but perhaps the designers in the roofing industry can find some takeaways from the wall industry. There is always more to learn and understand about the building science of our roof systems.